In Bamako, Mali, Fanta works seven hours a day on the rubbish dumps, treading in potentially dangerous objects and inhaling smoke from the burning plastics. Like many working animals across the world, Fanta can support an extended family of up to 30 people at one time. His owner, Mamado, relies on his donkey’s strength to support his young family. So when Fanta escaped the safety of his enclosure and injured himself, Mamado was extremely worried about his animal’s well-being.

He immediately called his local SPANA Mali vet team who went out on an urgent visit to Mamado’s home on the edge on Bamako. Fanta had suffered a nasty head injury, so our vets set straight to work cleaning and stitching the wound. They also gave Fanta an anti-inflammatory injection and prescribed a course of painkillers.

While treating Fanta’s head injury, the vet team also checked the donkey’s general condition and explained to Mamado the importance of good nutrition. Thanks to the hard work of our vet team within a few days Fanta was on the mend.

Mamado was extremely appreciative of the help he received from SPANA’s vets:

‘I’m very happy and I want to thank so much for everything that SPANA is doing here.’ 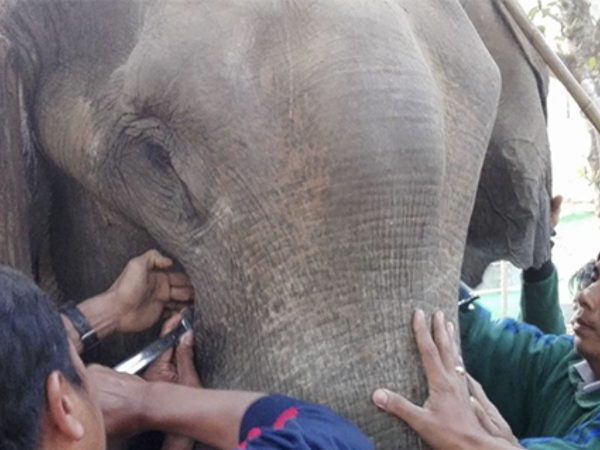